In socionics, a quadra is a group of four socionic types, united by common socio-psychological priorities and fulfilling a strictly defined mission in the process of social development.

The process of evolution in society is considered by socionics as a sequence of successive stages, each of which is characterized by its own moral and psychological climate and a system of professed values. Each of these developmental areas is the responsibility of one of the four quadras (lat. quadrum — quadrilateral). The quadral groupings alternate as follows:

The first quadra (Alpha) in socionics is the Enlighteners. The mission of the Enlightenment Quadra: create and spread fundamentally new ideas of social development to the society.

The first quadra includes types Seeker (ILE), Analyst (LII), Enthusiast (ESE) and Mediator (SEI). The main features of this quadra — democracy (openness, pluralism, the predominance of horizontal management relations) and discursiveness (deliberativeness, the absence of a power component in decision-making).

Second quadra (Beta) in socionics is the Implementers. The mission of the Implementer Quadra: turn the original concept into a complete ideology and implement new orders by creating appropriate organizational structures.

The third quadra (Gamma) in socionics is the Reformers. The mission of the Reformers' quadra is to remove the contradictions accumulated at the previous stage by criticizing the mistakes made and to reform outdated rigid structures.

The third quadra includes the types of Politician (SEE), Entrepreneur (LIE), Critic (ILI), and Guardian (ESI). The main features of this quadra are democracy (openness, decentralization, multiculturalism) and resoluteness (priority of forceful methods and decisive actions).

Fourth quadra (Delta) in socionics is the Perfecters. The mission of the Quadra of Perfecters: bring the original but reformed idea to the point of exhaustion by improving it.

A Quadra provides ease of communication and the restoration of people's physical and moral strength. However, it does not solve the problem of creating a work tension; it leads to a gradual attenuation, since it does not generate the contradictions necessary for the upward development. Each quadra is specialized for its own environment and its own time. In general terms, this specialization is as follows:

2. Quadra Beta ideologically wins in large centralized groups, united by a single goal of fighting for a national, class, or religious ideal (orientation to the future).

3. The value of norms of the Gamma quadra will inevitably prevail when acting alone on the basis of temporary agreements for the sake of material interest (orientation to the present).

4. The ideology of the Delta quadra is optimal in medium-sized corporate-type groups, where the overall result is equally dependent on the success of each of its participants (orientation to the past). 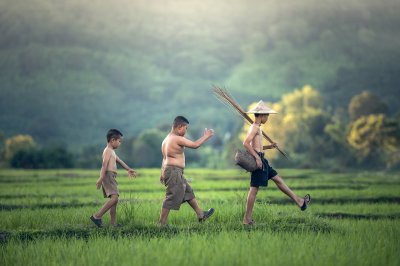 The psyche in Humanitarian socionics is considered as a three-dimensional system of layers-type, subtype, profile, layered on top of each other...

The First Quadra (Alpha) — types, values, and mission of the quadra in socionics